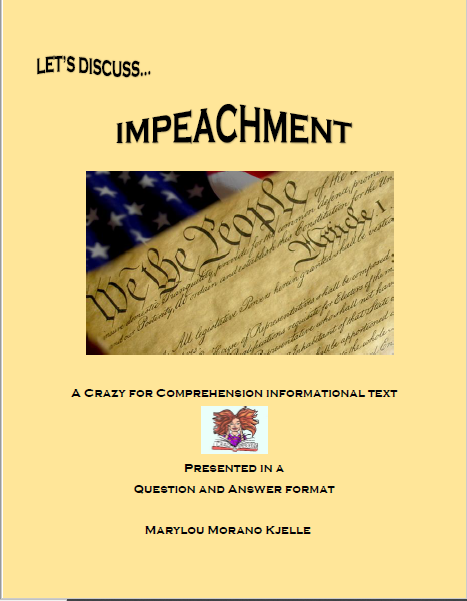 When they created the Constitution, the Framers were fearful that their new political experiment - the United States - would end in a monarchy. The British monarchy was the very reason they had fought long and hard in the American Revolution. In order to prevent an American king from coming to power, the Framers included provisions for impeachment in the Constitution. Let's Discuss Impeachment is an unbiased, nonpolitical, and nonpartisan approach at the history, process and implications of impeachment. Written for middle school grades and higher.